iF GOLD PRODUCT DESIGN AWARD 2014 for HTC One

HTC One flagship smartphone added the iF GOLD PRODUCT DESIGN AWARD to its list of global accolades.

Part of an elite group of products recognised in this year’s competition, each winner, including the HTC One, is given the famous iF seal of approval for design quality – an internationally-recognised hallmark of outstanding design. The jurors reviewed a total of 4,615 entries, selecting the 75 products that best-represented design excellence in their opinion.

Peter Chou, HTC’s Chief Executive Officer commented, “When we created the HTC One we wanted it to be exquisite in every way, both inside and out. Through focus and perseverance, the HTC design team managed to reinvent the smartphone with this model, pairing cutting-edge technology with premium design that has established us as a design leader beyond the borders of the smartphone industry. Hearing so many people say how much they love the HTC One is testament to the incredible designers and engineers who worked on the project, all of whom displayed an obsessive attention to detail that produced something that has earned HTC legions of new fans and global critical acclaim.” 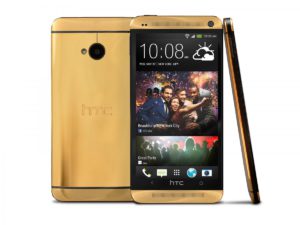 iF Design’s online exhibition has now been launched to showcase the winning products, including the HTC One in the telecommunications category. The HTC One was evaluated on a number of criteria, including design quality, workmanship, choice of materials, degree of innovation, environmental friendliness, functionality, ergonomics, visualization of use, safety, brand value, branding and universal design.